J. S. Bach began his musical career play the violin and the harpsichord under the instruction of his father Johann Ambrosius. His uncle,  Johann Christoph Bach, taught him how to play the organ. Bach was a very willing student and soon became extraordinarily capable with playing these instruments. At a young age, Bach lost a brother and sister in addition to his father and mother at age 9. His eldest brother adopted him while he attended the Gymnasium of Ohrdruf, Germany. When he was 18, he married his cousin, Maria Barbara. In 1707 he became the organist at the Church of Saint Blasius, then going on to become an organist and violinst at the court of Duke Wilhelm Ernst, during which time he wrote around thrity cantatas and other works. He later went to Cothen to be Kapellmeister where his wife died. In December 1721, Bach remarried to Anna Magdalena.
In 1723 he moved to Leipzig as Thomaskantor of St. Thomas school until he died in 1750. There he wrote 295 cantatas.He was in charge of duties Sunday and feastday services at the city's two main churches. While holding this position, Bach composed a good amount of church music, including five cantata cycles. He was by this time renowned as a virtuoso organist and in constant demand as a teacher and an expert in organ construction and design.
Bach is best known for his use of counterpoint. His fame as a composer gradually spread more widely when, from 1726 onwards, he began to bring out published editions of some of his keyboard and organ music. He is known for his 300 Sacred Cantatas of which 200 are known. For the harpsichord he wrote the 48 Preludes and Fugues of the "Well-Tempered Clavier," the six each "French" and "English" suites and "Partitas", the Goldberg Variations and dozens of smaller preludes, fugues, and toccatas. He wrote numerous instrumental music concerti for violin and orchestra, harpsichord and orchestra, including the famous "Brandenburg" set. Bach wrote two works for no particular instrument the "Art of (the) Fugue" and the "Musical Offering," both intended to illustrate certain compositional techniques "in action."
In 1750, Bach's eyesight began to deteriorate and he had operations and treatment. In Leipzig, July 28, 1750, Bach had a stroke that came with a severe fever. He died that evening at the age of sixty-five. He is buried in St. John's Cemetery. 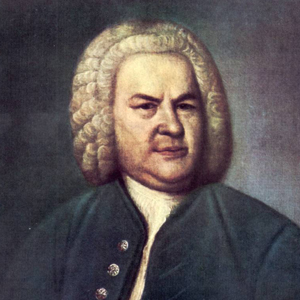