Charles Gounod's father died while he was still a child, so his mother raised both his brother and him. She was a gifted pianist which helped paid for her children’s education. His interest in music began at the age of 13 when his mother took him to hear Rossini’s opera Otello. He also loved Mozart’s Don Giovanni, so much so that Gounod considered Mozart’s work an ideal to work towards.1839 his Cantata Fernand won him the Grand Prix de Rome, which gave him a three year sojourn in Rome and a year’s travel in Germany. In Rome he was greatly inspired by the classic polyphony which he heard Sunday after Sunday in Sistine Chapel. In 1842 he returned to Paris and was soon appointed choirmaster at the church of the Missions Etrangeres, a position which he held for four and a half years. He made a brief attempt (2 semesters) of vocation before finally deciding to leave the Church and follow what he considered to be the composers path and write Operas.The Franco-Prussian War caused Gounod to abandon Paris and reside in London for several years. After his return in 1875, he devoted himself more and more to religious music. In 1882 he brought out his oratorio The Redemption, for which he himself wrote the text and which he styled opus vitae meae. Gounod died of a stroke in 1893 while composing a Requiem in the memory of a grandson. 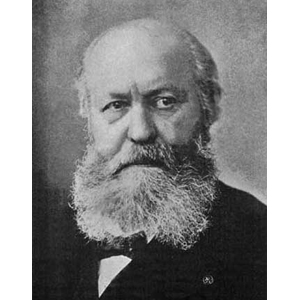