His first piece of music was a four-measure composition for the piano, at the age of six. He made his first public appearance as a violinist in 1882, and also studied the organ and the viola. Williams studied at the Royal College of Music in London and Trinity College, where he focused on music composition and organ. In 1901 he earned his doctorate in music from Cambridge University.
His career changed when he joined the English Folk Song Society. Research in folk songs led to the completion of three works embodying Old English folk melodies. He published his first edition of folk songs in 1903. Works that followed flowed with a lyrical freshness, creating a new sound of English visionary traditions. In 1934, after the death of Sir Edward Elgar, England's foremost composer, Williams became the successor to the honorary position. In 1935, he received the Order of Merit.

Orchestra:
9 Symphonies
The Lark Ascending
Norfolk Rhapsody No. 1
Fantasia on a Theme by Thomas Tallis
Opera:
The First Nowell (nativity play, with additions by Douglas)
Hugh the Drover (romantic ballad opera)
The Pilgrim's Progress, a morality
The Poisoned Kiss (opera, "Romantic Extravaganza" )
Riders to the Sea (1 act opera, from a play by J.M. Synge)
Sir John in Love (opera)
The Shepherds of the Delectable Mountains
Incidental music for The Wasps (after Aristophanes' play)
Art Songs:
Songs of Travel
Many Arranged Folk Songs 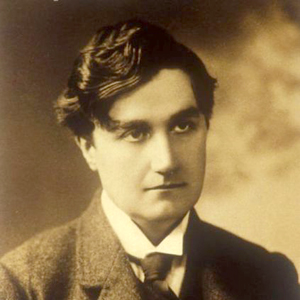