A small guitar with four strings of Portuguese origin. It became popular in the South Pacific islands and by the early 1900's was a staple in many of these cultures including Hawaii. Because the ukelele was portable, small, and light, cheap, easily played and simply tuned, it became a popular instrument in the United States for accompanying folk songs after World War I. 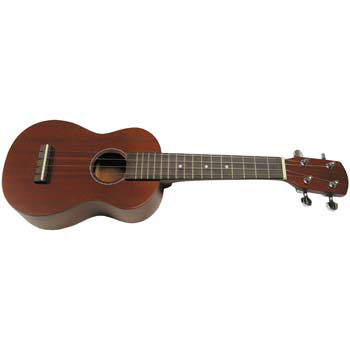 Photo courtesy of Lark In The Morning