PHYSICAL DESCRIPTION: This instrument consists of two small wooden rods (about 8 inches long and 1 inch in diameter). They are typically made of rosewood, ebony or granadillo. One clave (often called the male) is normally rested in a loosely cupped hand and struck with the second clave (often called the striker or female). The male is typically held in the left hand with right-handed performers and lays between the fingertips and the heel of the hand. The thumb is held out to provide added support. There should be a space between the clave and the palm of the hand to create a resonating chamber. The female is held as a striker in the other hand and is struck against the male

SOUND PROPERTIES: When the claves are struck together, they produce a loud, sharp, and resonant clicking sound. Due to the composition of the wood, there are often certain areas of the claves that sound better than other areas. These areas called "sweet spots" will provide a consistent sound. Special effects, such as rolls, can be obtained by holding the claves parallel to each other and striking them end to end.

RANGE: This is an untuned percussion instrument and has no pitch range. 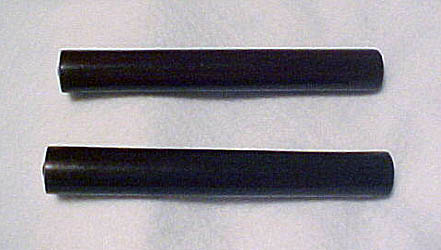 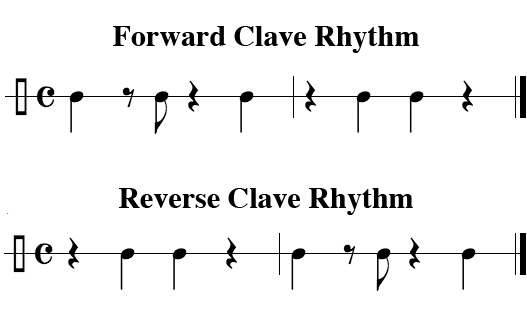